The Advantages of Hydropower

The world's saltwater and freshwater reserves

Water is the most abundant substance on earth, covering three-quarters of the planet. Saltwater accounts for 97.5% of the total. Of the remaining 2.5% (freshwater), only a third is economically accessible.

*Taken from a study presenting typical North American results for the same quantity of power generated. Each of the GHGs under study was converted into its CO2 equivalent. This life-cycle assessment, conducted in 2001 by Hydro-Québec, takes into account all the emissions of an energy system, from construction to removal from service.

At the La Grande complex, water flows through the turbines of eight generating stations no less than seven times. This means that the same water generates electricity seven times before emptying into Baie James. 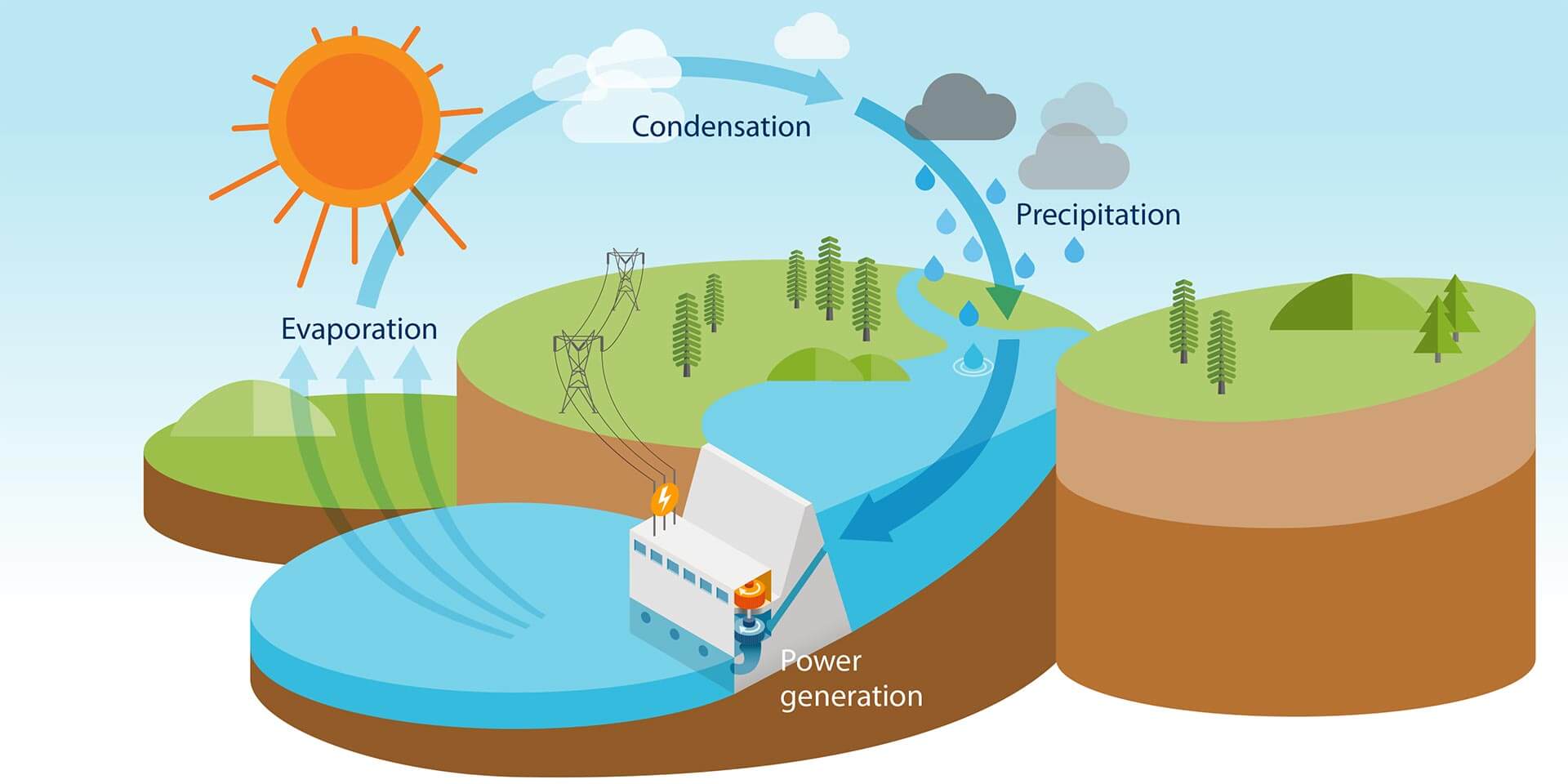 A greenhouse gas (GHG) is a gas present in the atmosphere, of natural or man-made origin, which absorbs and reflects infrared rays coming from the earth's surface. The increased concentration of greenhouse gases in the atmosphere, such as the gases targeted by the Kyoto Protocol (carbon dioxide, nitrous oxide, methane, sulfur hexafluoride, fluorinated hydrocarbon, perfluorinated hydrocarbon), contribute to climate change.

Energy whose production and use generates very little to no pollution.

According to the Political Declaration issued by the representatives of 154 countries that participated in the International Conference for Renewable Energies held in Bonn in 2004 (Renewables, 2004), renewable energy sources and their related technologies include solar energy, wind energy, hydropower, biomass energy (including biofuels) and geothermal energy.

Energy whose source is renewed or regenerated naturally and available in very large quantities compared to the needs of humanity.