Once future power needs are identified, other teams from Hydro-Québec are tasked with finding the energy required to meet them 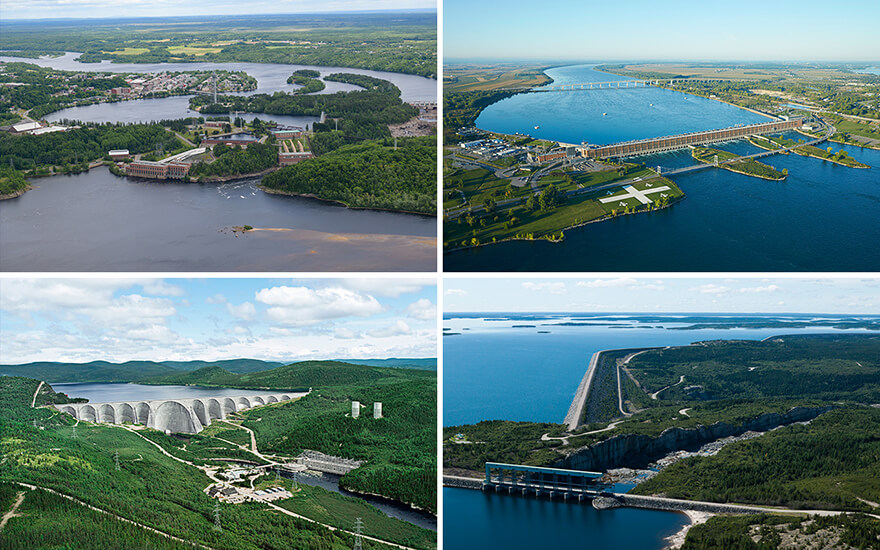 In 2000, the Québec government designated the energy produced by hydroelectric plants built in the last century as the “heritage pool.” The Generator must supply this energy to the Distributor at a highly competitive price, thus guaranteeing affordable electricity to all Québec customers. It’s a dividend of sorts that’s paid out to Quebecers to reflect the collective investments of decades past in the province’s hydroelectric potential—which, as it has turned out, was a very wise move.

The heritage pool amounts to 165 TWh, which in 2018 represented roughly 90% of Québec’s annual electricity consumption.

To meet energy needs that surpass the heritage pool, the Distributor must sign supply contracts with electricity suppliers under an open tendering process.

When the Distributor launches a call for tenders to meet future energy or capacity needs, all electricity suppliers, including the Generator, may submit bids, provided that they enable Hydro‑Québec to fulfil the criteria approved by the Régie de l’énergie. These criteria are based on three main pillars:

In terms of diversifying its future energy supplies, Hydro‑Québec has a major asset: the vast water reservoirs of its power plants. These reservoirs free up the company to use renewable energy from so-called “intermittent” sources (those that can only generate electricity under certain specific conditions).

Whenever it’s windy or sunny, wind turbines and solar power plants inject electricity into the grid. As a result, hydroelectric generating stations, which are supplied by a reservoir, can then reduce their generation by closing their “taps” a little. Water that is not turbined at this time remains in the reservoir, available to be used later to generate electricity as needed.

Thanks to the inherent flexibility of hydropower, Hydro‑Québec can integrate renewables like solar and wind power into its grid.

To meet future needs, the best kilowatt-hour is the one that was wasted yesterday, not tomorrow. With that in mind, Hydro-Québec has introduced programs and tools to raise customer awareness about energy use and how to generate smart savings.

Consumers have the final say on how much they save, but attitudes are changing and there is a growing trend towards responsible energy consumption.

Not wasting electricity is win-win for everyone: Hydro-Québec’s expenses don’t go up unnecessarily; and customers see their electricity bills go down.

The challenges of peak consumption 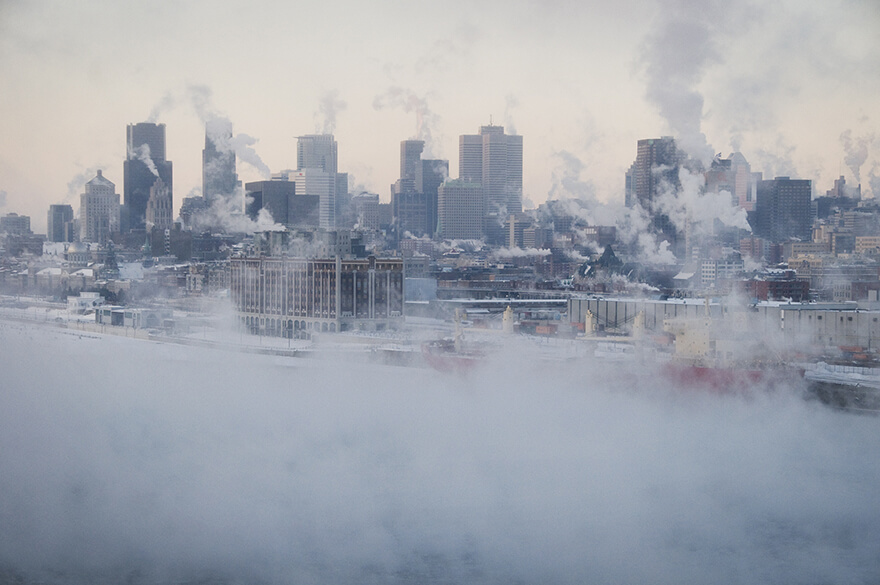 Power consumption peaks occur when the demand for electricity is highest in a given period.

In Québec, the biggest peaks occur on very cold winter days, often in the early morning or in the evenings, as a result of heating needs and the intensity of commercial and industrial activity.

As you may know, electricity supply must match demand at every single minute of every day.

The power grid has to respond in real time. If the demand increases, more electricity must be generated and power lines with sufficient capacity are needed to transmit that electricity wherever it is required.

That situation has an important consequence: the power grid must be able to meet any surge in demand, no matter how short, that occurs during the year.

Unless we want to spend a lot of money building equipment that would be used just a few days a year, consumption peaks need to be reduced.

In the future, the power system will have to cope with winter peaks that are likely to become even greater with the higher demand placed on it by heating loads and electric transportation.

However, it also has to deal with the challenges of summer peaks caused by the use of air conditioning when temperatures rise.

Although demand peaks are not as high in summer as in winter, it’s also primarily in the summer that required maintenance work is carried out on generating stations and power lines. This means there are fewer facilities available to supply that peak demand.

Moreover, because the heat given off by transmission lines is dissipated by the surrounding air, this natural cooling is less effective when it is hot out. That in turn reduces the amount of electricity that lines can carry.

To fully appreciate the challenge of flattening the peak demand curve, compare consumption peaks with the current means we have of leveling them. Remember that in 2019, the maximum anticipated peak (taking into account energy reserves) was around 42,000 MW, while off‑peak consumption that same year was around 15,000 MW.

With our customers’ active participation, the current means we have at our disposal to level out the peaks represent approximately 3,000 MW over a roughly ten-year span.

A great deal our ability to level consumption peaks is in the hands of our customers. Hydro‑Québec promotes products and services to optimize energy use in general as well as programs that specifically target consumption peaks. These programs are adapted to different customer categories.

Below is a brief rundown of how to level out consumption peaks. Some of these approaches apply to particular load centers (places where power is used), and others throughout the province. 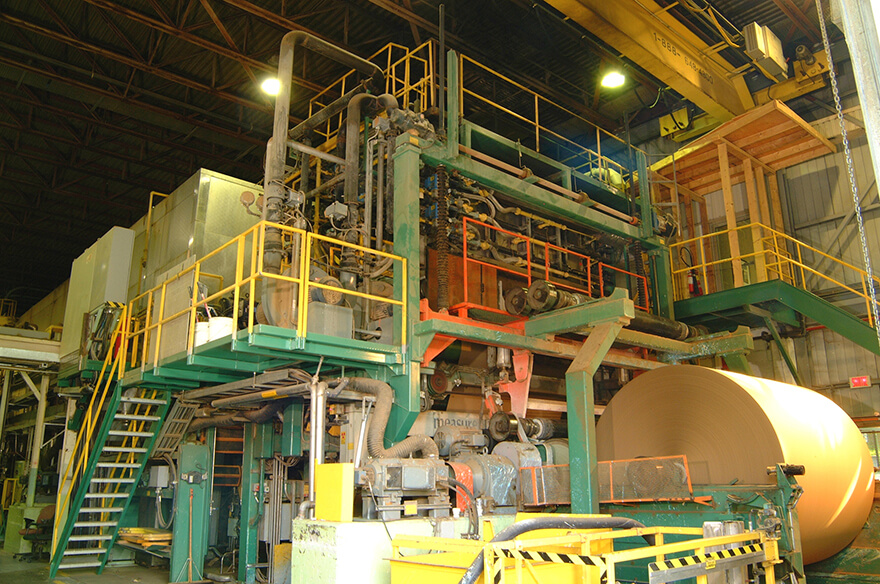 For some years now, Hydro-Québec has made interruptible power an available option to industrial customers whose processes are particularly energy-intensive, like pulp and paper mills. During peak periods, Hydro-Québec may ask these customers to temporarily stop or slow certain industrial processes to bring their electricity consumption down. 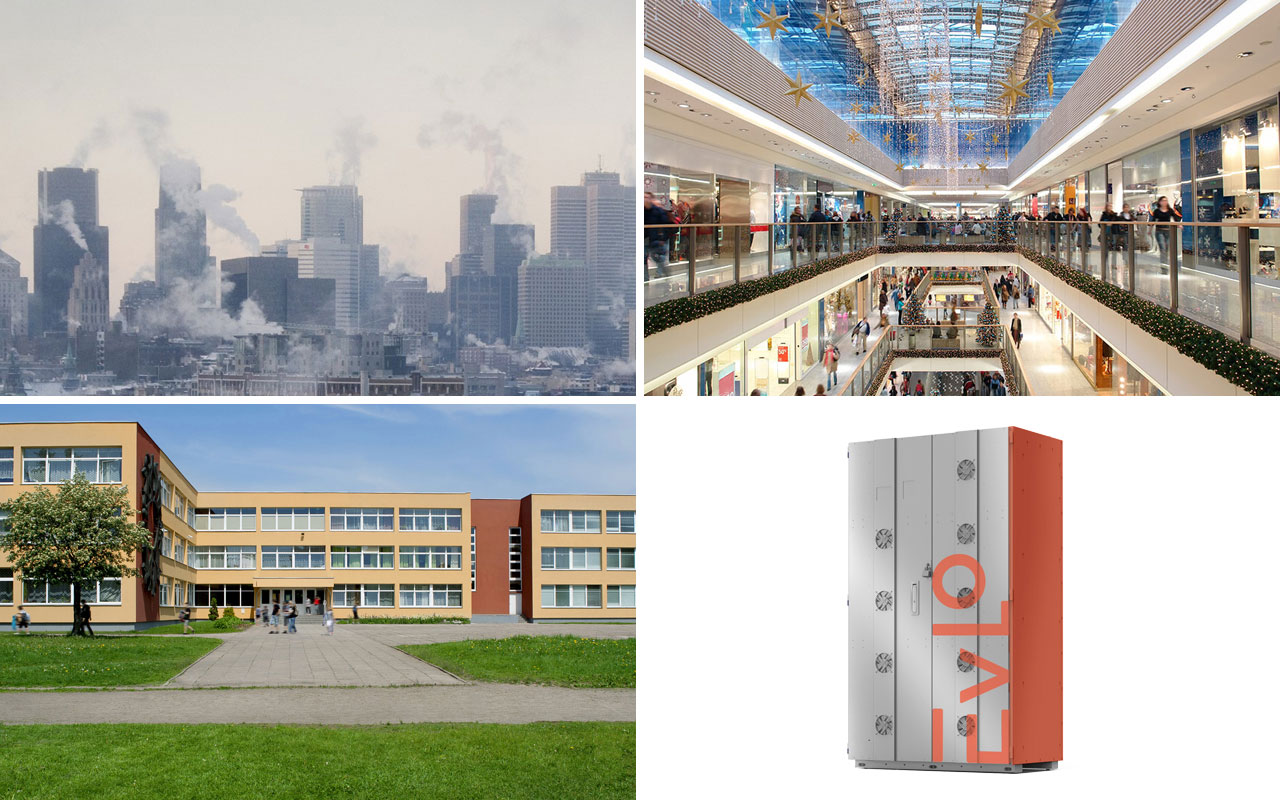 The Demand Response Option is for small-to-medium enterprises, businesses and institutions. It encourages these customers to adopt measures to reduce their power demand during designated winter peak periods.

Large-capacity batteries can also help keep consumption peaks down, in addition to serving as a short-term power supply during outages. 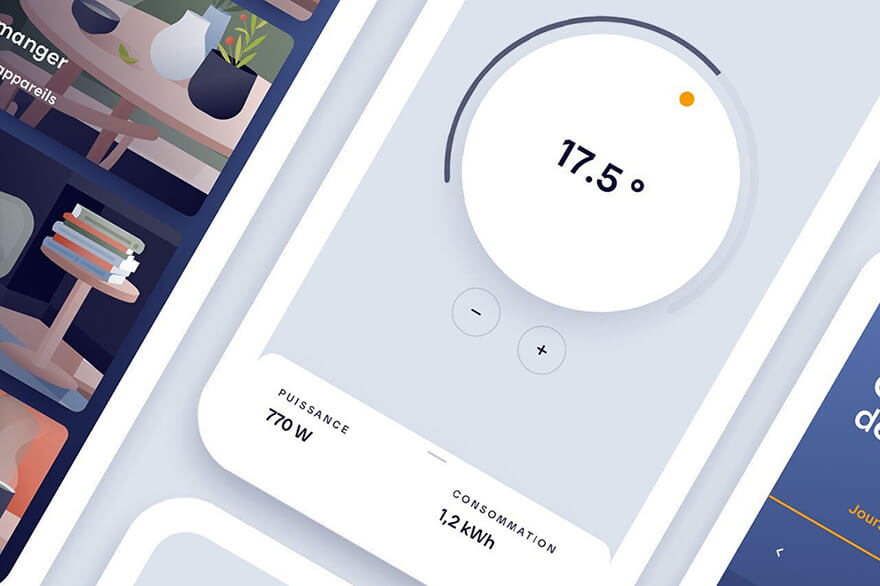 One feature of this smart energy management service is to let you heat your home a little more prior to a peak, then lower the thermostat by a few degrees during the peak, all of it automatically. Your overall energy consumption stays the same, but your peak consumption is reduced.

The same strategy could apply to water heaters. However, in this case, care must be taken to ensure that lowering the temperature for short periods doesn’t allow harmful bacteria to proliferate. In May 2019, the Ministère de la Santé et des Services sociaux (MSSS) ruled favorably on this option, but only provided the hot-water heater in question meets antibacterial criteria.

This type of service will be developed and promoted in the coming years and could extend to certain commercial, industrial and institutional customers. 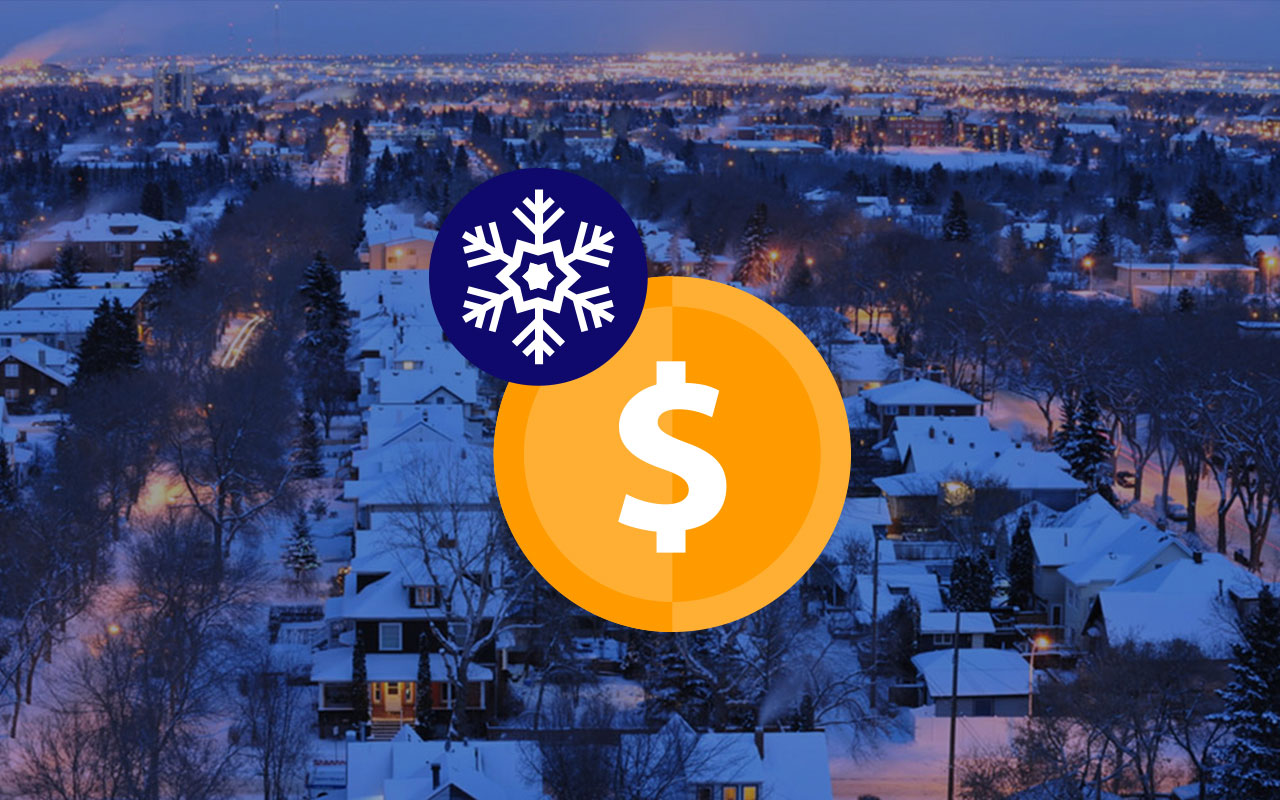 The Winter Credit Option and Rate Flex D let customers save money if, at the request Hydro‑Québec, they reduce their electricity use during certain peak demand events.

In today’s world, everything is changing faster and faster. Some technologies are bound to become popular with Hydro‑Québec customers, particularly residential customers. Given a certain critical mass, these technologies could very possibly help relieve the grid during peak periods. 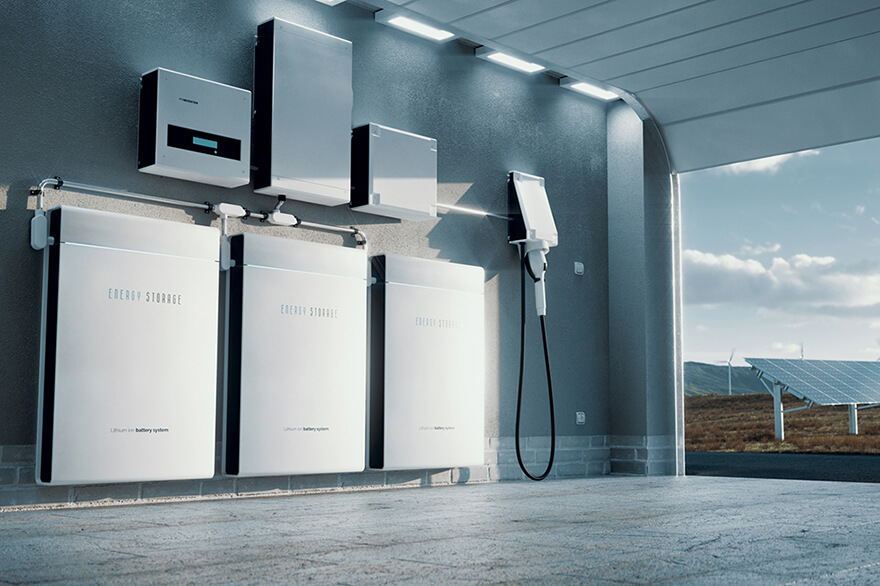 Battery storage systems show strong potential in the residential market. Normally hooked up to photovoltaic panels, these systems are increasingly used as back-up power sources in the event of outages. However, they could also be programmed or remotely controlled to supply residential loads during peak periods, thus further relieving the grid.

The same principle could extend to electric vehicle batteries. While the car is plugged into the home’s electrical system to charge, its batteries could temporarily meet certain home needs during peak events.

Photovoltaic panels at customers’ homes are inefficient during winter peaks, which typically occur at the start and end of the day. All the same, this decentralized form of power generation can help us diversify our energy portfolio.

Commercial batteries may well be a great solution for lowering electricity use, especially during peak periods or outages. But they’ll never replace our reservoirs, which are like mega-batteries. 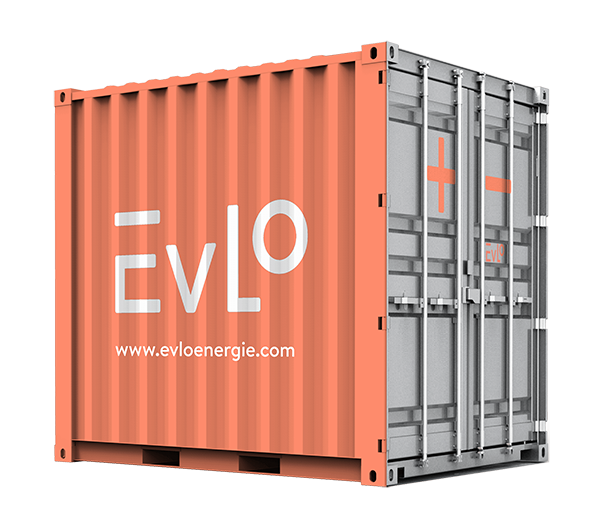 Extra-large-capacity batteries—which is to say, batteries that can store up to 1 MW—are another possibility for leveling out peaks. If their cost comes down, then they could become attractive options for relieving the power grid during peak demand events. These batteries charge during off-peak periods, then discharge their stored energy during the next peak.

Next stage: Ensuring the power grid can deliver the energy to where it’s needed in Québec